Join Our Newsletter
Shop Our Store
MAIN MENUMAIN MENU
By Craig Martin on May 10, 2017 in Uncategorized 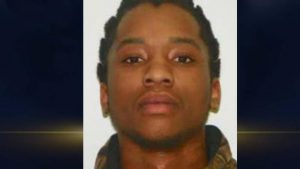 According to an FBI report, two men have been charged with stealing more than a hundred guns from two Eastern North Carolina gun stores.

Their names are Grant Harrell and Lydell Newsome, both of Ahoskie. They were formally charged on Monday by the Bureau of Alcohol, Tobacco, Firearms and Explosives.

The two men are accused of breaking into Mackey’s Landing Firearms in Jamesville, as well as Tamz Guns & Ammo in Ahoskie last month.

Federal court documents have shown that the two criminals cut holes into the metal siding of both gun shops and shattered gun display cases to get the guns.

The federal agents have stated that around 75 guns were taken from Mackey’s Landing Firearms on April 25th, while 30 firearms were stolen from Tamz Guns ten days earlier.

The court documents say Harrell and Newsome sold several of the stolen firearms from both businesses in controlled transactions.

Harrell and Newsome were caught in a sting operation, during which Harrell told an undercover ATF agent that he had guns “fresh out of the box,” and that they could “get two for $500.”

The ATF says others who took part in the gun thefts are still at large and more arrests are expected in this case.

Have you shopped at any of these stores? Has your local gun store ever been the target of a robbery? Let us know in the comments below.