Join Our Newsletter
Shop Our Store
MAIN MENUMAIN MENU
By Brian McLaughlin on July 30, 2019 in defensive gun use 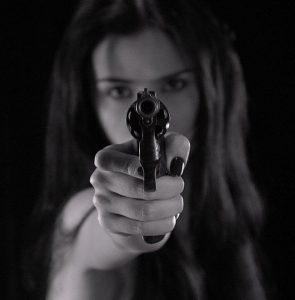 High Point, North Carolina – A woman shot and killed a man she said charged her with an ax in her home early Saturday morning.

High Point Police Department (HPPD) report officers received a call at around 10 p.m. Friday night about an altercation between a man and a woman of unknown relationship at the 400 block of Hickory Lane.

Police responded but set up a perimeter around the house instead of charging in to arrest the suspect because it was reported that he may have had access to a firearm.

Instead, a perimeter was established while the HPPD SWAT team was called in to assess the situation, and officers waited on a search warrant to be approved.  During the time that passed before officers moved in to secure the scene, the suspect had already fled the home.

When officers finally went into the home at around 2:30 a.m. and talked with the woman, she told them she was assaulted by the suspect and believed him to be intoxicated. She said he’d grabbed and choked her before help arrived.

Officers were unable to find the man and left after at around 2:30 a.m., leaving the woman and her daughter to defend themselves.

At around 4 a.m., the woman once again called the police. This time to report that she had shot the suspect after he charged at her with an ax.

Police went back to the home and discovered the suspect dead in the backyard with a gunshot wound.

Laurie Allen, who has lived in the neighborhood for two decades, told WFMY News 2:

“It was chaos, it was scary, to see that many police, fire trucks, and everything in the neighborhood, because we didn’t (know) what had gone on, what had happened.”

Allen went on to say that she was contacted by HPPD to check on them and warn them of the situation:

“Someone from the police department actually called me on my cell phone to make sure that (my) husband and I were OK. If we were in the house, turn off the lights, and don’t look out the windows,” she said.”

“It was just like, ‘Wow, something out of the movies,’ but it was a scary thing also because once we found out he had gotten away, now you’ve got to come back home and worry: Is he still around?,” Allen said.

The suspects name has yet to be released pending notification of his next of kin and law enforcement officials say the woman has not been charged with a crime at this time.

The police may not be able to protect you. Try as they might, policies and procedures could keep them outside your home while the threat is inside with you and your family. But owning a gun for protection isn’t enough.

You need training and preparation to make the most out of a bad situation. Read here for the Complete Home Defense – Tactics For Defending Your Castle for the latest tactics and techniques for home defense.

“My wife and I thoroughly enjoyed the class and shooting range.  Very informative and thought provoking.  A day well spent.  Many Thanks.”