Join Our Newsletter
Shop Our Store
MAIN MENUMAIN MENU
By Brian McLaughlin on December 5, 2019 in defensive gun use 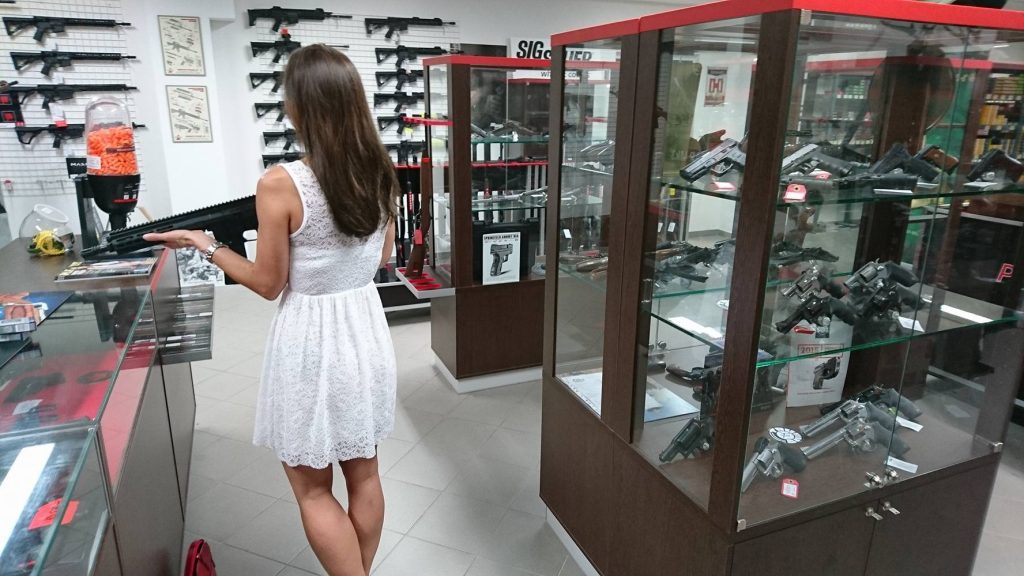 An AR 15 is an excellent choice for a home defense weapon.

Macon County, North Carolina — A man has been killed after breaking into his ex-wife’s home with a metal pipe.

According to Macon County Sheriff Robert L. Holland, deputies were dispatched to a report of a shooting during a domestic disturbance early Wednesday morning at a residence off Tiger Lily Trail.

Sheriff Holland confirmed to News 13 Christopher Prince broke into his ex-wife’s home after disabling surveillance cameras at the residence, then using a small knife, forced his way through a locked bedroom door where his wife and a man she is in an unidentified relationship with were sleeping.

“Once he entered the bedroom, he turned on bedroom light and used a metal pipe to assault a male who was sleeping at the time,” Holland said. “The victim was struck multiple times about his body, including his head.”

After beating the man with his weapon, Prince then turned his attention to his ex-wife who had a protection order against him.

Prince reportedly advanced on her with the pipe raised, but his intended victim raised a small caliber pistol and shot him once in the head. Prince’s ex-wife then called 911 and deputies responded to the scene and  both the suspect and the man he severely beat where transported to the hospital, each in critical condition.

Prince was pronounced dead shortly after arriving at the hospital, but no information has been released on the condition of the injured victim.

Law enforcement authorities say Prince had warrants for his arrest for felony charges involving first degree burglary, and deputies had been looking for him since the protection order his wife filed against him was put into effect on Monday this week.

Investigators say there are no charges currently pending against the victim for shooting Prince, but report the unidentified woman is cooperating with detectives.

From this tense situation, it’s easy to see why the 2nd Amendment is so important for the personal safety of an average citizen. Had the victim not been allowed to own a handgun, there is a good possibility she would have been violently beaten to death by the ex-husband police were unable to stop.

Protection orders are a good thing but do little to actually protect you from a determined attacker. Good home defense is planned, prepared and trained for. Read here for the latest tactics and techniques for home defense with the Complete Home Defense – Tactics For Defending Your Castle.

“My wife and I thoroughly enjoyed the class and shooting range.  Very informative and thought provoking.  A day well spent.  Many Thanks.”